What is Therapy? A Closer Look at This “Crazy” Concept 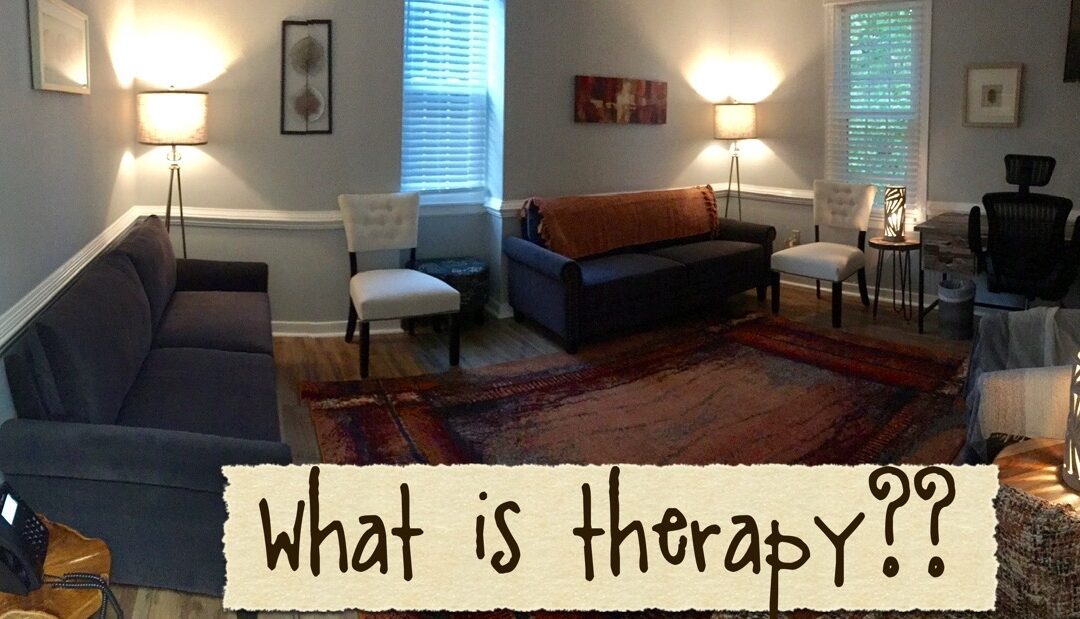 If you have heard the word “therapy”, you probably have an idea in your head about what therapy is, or perhaps you don’t have an idea. During his work in Business Development with MySpectrum, Alex Amidjaya, has found himself in situations where this question comes up often. Here, Alex describes therapy from his perspective as not only a person involved in Business Development, but also someone who has spent years as a mental health provider himself.

“It seems that many with whom I interact have some pretty nebulous conceptions of what therapy consists of. To be honest, that’s actually fair given the broad spectrum of possibilities around what can happen during a therapy session. A therapy session can include children playing games with their therapist, adults drawing a picture to express their feelings, dancing and even riding horses! With all of that said, it’s important to clarify what we mean when we say “therapy” and what therapy means for a person generally.

Let’s start with what I believe most people understand. Therapy exists to help people achieve some positive level of mental wellness. More specifically, that wellness is attained in part through repeated interactions with a professional who studied for several years in order to be able to accurately understand the psychological and behavioral barriers between people and their wellbeing. Even more specifically than that, they have honed the skill of working with people to uncover these barriers, communicate them clearly and most importantly, help people to overcome them over time. The question that many have at this point is simply: how?

Admittedly, the vast majority of therapeutic approaches don’t involve dancing or horses.  Instead, they involve conversations and creative interactions. The “how” of therapeutic healing might be well illustrated through a few examples. A person suffering from depression might be trained by a therapist to spot self-deprecating thoughts before they become consuming – a process that might unfold over several in-office sessions. A person with a crippling fear of flying on airplanes might work with a therapist to become comfortable with the experience through a series of increasingly involved exposures to air travel. A person suffering from a serious psychological trauma might spend many sessions with a therapist who helps them unlearn reflexive anxieties they have about the world around them by relearning trust through a variety of different activities.

As one can see, there are as many therapeutic paths to wellness as there are starting points.  This can make a clear understanding of therapy itself challenging, but there are two things that should not be lost: therapy is about helping people become well and therapy licensure requires years of study and thousands of hours of practice. In many cases, there is scientific evidence that supports the use of a particular kind of therapy to help a specific issue. For example, studies have shown that cognitive behavioral therapy (something that most therapists at MySpectrum Counseling & Coaching are trained in) is effective in treating depression, post-traumatic stress disorder and bipolar disorder. This role of therapists as professional supports should be emphasized. Even when one does not suffer from a serious mental illness and only needs a little extra help moving through a part of their life, they should know that a therapist will offer skilled care and operate in an objective and non-judgmental fashion.

Finally, there is the matter of understanding who should use therapy. Given the fact that many who suffer from serious and highly undesirable mental illnesses benefit from therapy, many have the understandable misconception that “going to therapy means you’re crazy.” That’s not true, though. Going to therapy just means that you benefit from therapy. More specifically, it means that you benefit from the process more than the process costs you. So the question of who goes to therapy is less about need and more about benefit; less about malady and more about health. Therapy’s broad applications don’t change its general intent: to help any who in engage in it to reach wellbeing with skilled guidance.