Imposter Syndrome: The Guilt of Growing Up and Getting “Better” 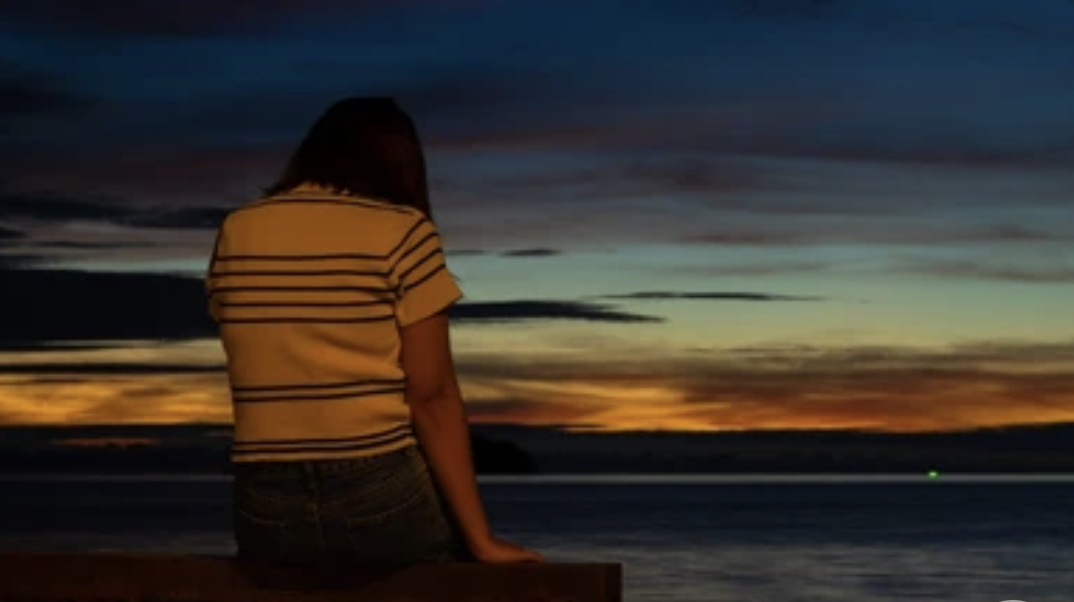 This article was written by Ellie Parsons.

Last month, I was diagnosed with bipolar disorder. I was in the middle of a depressive episode where I felt entirely alone. It was as if there was a weight all around me, squeezing the happiness out. I lost my feeling after a little while. The coil wrapped around me became too tight. This was all before the calm, and the calm is the worst part.

When I am calm, I feel as though the bad didn’t happen. Last month didn’t exist and I am cured. Depression cannot touch me, though I know in a couple of months (at most) it will grab me by my ankles and chain me to the bottom of a lake. For right now though, that seems impossible. Right now, it seems as though the lows were all for nothing.

Even though I still go through these episodes, they aren’t as dramatic as they were when I was an adolescent. “Grab me by my ankles and chain me to the bottom of a lake” sounds very dramatic, I know. But all this happens internally now. So rarely now am I screaming in my room ripping apart my books waiting for someone to walk in and help me. So rarely is anyone seeing the turmoil outwardly expressed.

I have coping skills now. I have control and I have rationale on my side. I didn’t at 13 when I was panicking because I took three aspirin and thought I was going to die. Even though that was what I thought I wanted. Having these skills now to not fall apart at any minor inconvenience feels as though I was never that bad in the first place. As if nothing was ever wrong with me.

What’s funny is I’m not even “cured.” That’s the crazy part. As soon as two months ago I was unraveling. There are nights still that I lay awake unable to sleep because my thoughts are playing a high-intensity ping pong game. For some reason, though, none of that feels enough. I think that I should be angrier. I should cry more. I want to go to another state, even another country, and disappear forever. I should do that, but I won’t. Now I know that isn’t how you face your problems. In not doing so, however, I wonder if I’m bad enough to call myself “neurodivergent?”

Do I even need weekly therapy, monthly psychiatry visits, and two different prescriptions to be on? If I stopped it altogether I’d be fine, wouldn’t I? Though deep down, I know the only

reason I have these stable-ish emotions is because of weekly therapy, monthly psychiatry visits, and two different prescriptions. I know the point of growing up is to get better. I think about that little girl, putting myself on time-out crouched in the corner facing the wall because I was overwhelmed. I want to be better for her, but another part feels as though her struggles were all for nothing. I know every pit is a learning opportunity. A way to learn how to get out, and I want to get out. Yet, I feel bad about getting out of the pit?

Maybe I’ve been exaggerating all this time. When my psychiatrist changed my health records to say “bipolar disorder” instead of “mood disorder,” as it has been since I was 14, it seemed too easy. It felt great to finally have a specific answer as to why do I feel this way? But there’s a part of me too that says maybe you never felt this way. Maybe it was all made up so I could feel different. Special.

I know I have nothing to prove to anybody. I know that little girl in the corner would be proud of who I am today. I know that preteen me would be astounded at how far I’ve come.

She’d be happy we even finished high school, let alone be a year away from finishing college. I know that version of me from 6 months ago would be grateful to feel this way now. I know all I’ve ever wanted was to get better. I also know, that no matter how “better” I get, there will always be a little part of me that is still screaming. My shadow is always with me. And that is okay. I guess I have something new to talk about in therapy.

**If you or someone you know feels like Ellie and needs to connect with a Therapist, please reach out to MySpectrum: 804-924-2236, option 1.